Skip to content
Visigothkhan. Uncategorized May 28, 2018May 28, 2018 7 Minutes
The answer is never. These are very foolish ideas put about by people with a crude understanding of economics and the production process.

The stupidest idea in human history is the idea of cosmological inflation.  The next stupidest idea is the gravitational singularity.  The technological singularity is a very stupid idea as well.   But the Jew Kurzweil cannot match his Jew colleagues in physics for sheer idiocy, try as he might.  Still one would have to give Kurzweil an honourable mention in any ranking of dopes.  He is like the jester (King Lears “Fool”) trying to match the King, out there in the thunder and the lightning.  In some ways one can see Kurzweil as being in a long line of dummies going back to Joachim of Fiore.
For starters the focus is on those processes that lend themselves to exponential improvement. This is the wrong focus. Any chemist will tell you that the rate determining step is the SLOWEST part of the reaction. Not the fastest. Any project manager who uses critical path analysis knows he must speed up the LONGEST path of the overall project to reduce the completion time. Yet Kurzwell et al draw their analogy from Moores law where a tiny subset of productivity improvement has been very fast. But this improvement in information processing cost effectiveness has relied on a massively extended structure of production involving international trade.
What the focus should be on in overall productivity is inherent bottlenecks on the horizon. Not low-hanging fruit already with us.

The production of anything worthwhile involves tasks in series and tasks in parallel. The critical path takes the longest time and therefore shows where we must move resources to if we want to speed up the overall process.  Only by spending more resources on the LONGEST (analogous to slowest ………  analogous to the things we do least well) path can we speed up the process entire.  We don’t get much overall traction by thinking too hard about those things we are already improving at more or less automatically.
Increases in productivity requires what the Austrian school calls “a lengthening of the structure of production” and not merely improvement in individual capital goods. There is an exception to this which I will get to later. 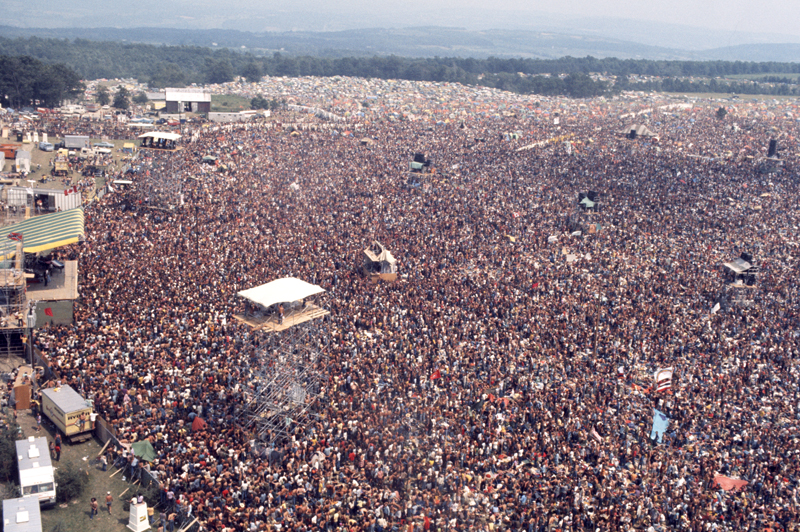 Incoming and despatch staff, as well as maintenance people, swarming over a 3D printer.  If a factory is either too large or too small it can become a choke point.

You could think of lengthening the structure of production as being akin to increasing the length of a conveyor. But manufacturing is an extension of logistics. And a factory either too large or small becomes a choke point. So the lengthening of the structure of  production, in practice, requires more factories and more transport between them. Under our current model of cargo transport involving big cities, roads and big trucks, we would run into production bottlenecks very quickly. Particularly as truck use depreciates the roads directly.

Intels Gordon Moore.  Credited with first articulating the so-called “Moores Law” wherein the cost-effectiveness of the computer processor doubled every 18 months or so.  Like demographic realities this law, very stable for many decades, would have allowed a great deal of foresight.  But then like the Jew Einstein idiotically extrapolating on Maxwells equations here comes another Jew to use a gentiles very good work, in order to leap-frog into a kind of ….. Joachim-of-Fiore delerium.
Think of the notion that we are going to increase productivity AND shorten the production structure with 3-D printing. This is a much more foolish notion than thinking that photocopiers would make printing presses obsolete. Other technology maybe, but not the photocopier. If you could speed the 3-D printer up to compete with mass production,  the room where these printers were held, would become choke points as people crowded around to provide resin and maintenance services.

Nanotechnology? Bridget Fondas assassin says “I never did mind about the little things.” Yet nanotechnology would seem to be critical to artificial intelligence coupled with machine productivity absent humans.  We simply aren’t going to make much traction diverting resources here, when the most low-maintenance form of nanotechnology comes from biology.

How about nanotechnology? Amazing stuff but a big winner for productivity? No because the small stuff is always going to be high maintenance. Imagine trying to crank out faster production from a team of precision watch-makers and you will understand what I mean. Then even if those watch-makers are robots you will need more robots to do maintenance on them and all the way down the line. So we are never getting away from the reality that high productivity requires an extended production structure.

Kurweil must be the metal guru that T-Rex was talking about.  Since his view of nanotechnology and conscious intelligence doesn’t include the carbon atoms four bonds as the main part of the story. Above is the new Kurzweil invention.  The Metal GNU.  Turns vegetation into fertiliser with 5000 different types of internal nanotechnology machines.  But it needs a man in the field to fix it every 45 minutes since non-biological nano-technology is inherently high maintenance.
But there is one type of nanotechnology that has low maintenance costs and there is a name for that nanotechnology and that name is THE SEED. This brings me to the one area where we can get more productivity with a shorter production structure and we call this PERMACULTURE.
Video link to an animation with commentary to give you a tiny glimpse into the complexity of the biological cell.
https://www.youtube.com/watch?v=FzcTgrxMzZk

One doesn’t have to be a believer to have an appropriate sense of absolute amazement and wonderment at the complexity of the biological cell ……. BUT IT HELPS!!!!!  We live in an unprecedented era; An era of stupid atheists.  The way out for the atheist is to recognise that evolution cannot possibly be a single planet affair within a universe that is only !@#$%^&*(() 13.8 billion years old.  Only Jews could foist that level of stupidity onto the rest of us.
To increase productivity without the bottlenecks that stick out, we of course want durable producer goods accumulation and update.  But the current model of big cities, trucks and roads is limiting us. A better model would be smaller settlements, canals, hydrogen dirigibles, and ubiquitous permaculture. But this more functional setup is not something achievable by 2025.

While it may seem sensible to provide transport where the people already are the Boehm-Bawerk principle, taken to the extreme, suggests that if we want our descendants to be awesomely productive, we might provide the superb transport and let the people migrate there.  We need a slow yet cost-effective 1000 year canals and dirigibles program to overcome bottlenecks in advance.
Looking closer at the singularity movement there is more going on than a sudden convergence of economic illiterates. These guys also have what looks to be some occult heresies on the fly. They have this idea of  transhumanisnm. Here we have occult-inspired death-worship posing as a quest for everlasting life. A Two-faced bait and switch.  What purports to be a scientifically plausible solution to the quest for eternal life is really just the same Jew death cult in disguise.
Its really these pseudo-religious considerations that explain the cluster of foolishness. Life extension is a good thing but it involves breaking the medical cartel, better nutrition, life extension techniques and bio hacking. But these guys idea of living forever involves a carbon atom free zone. They aspire to turn themselves into cyborgs and perhaps later download their immortal souls into some sort of version of the Internet. But machines require maintenance whereas the cell creates other cells. So who will maintain the grid in this fantasy? I would just wipe the software. Perhaps they expect machines to maintain other machines to maintain other machines to maintain this internet to house their immortal souls? Good luck with that with me around switching things on and off.

My approach to dealing with the eternal soul of Kurzweil lurking within the internet.
But not using the carbon atom, that is to say BIOLOGY, would unnecessarily hobble the production process. The better approach is to keep our telomeres longer and to keep our consciousness intact with our biological bodies. 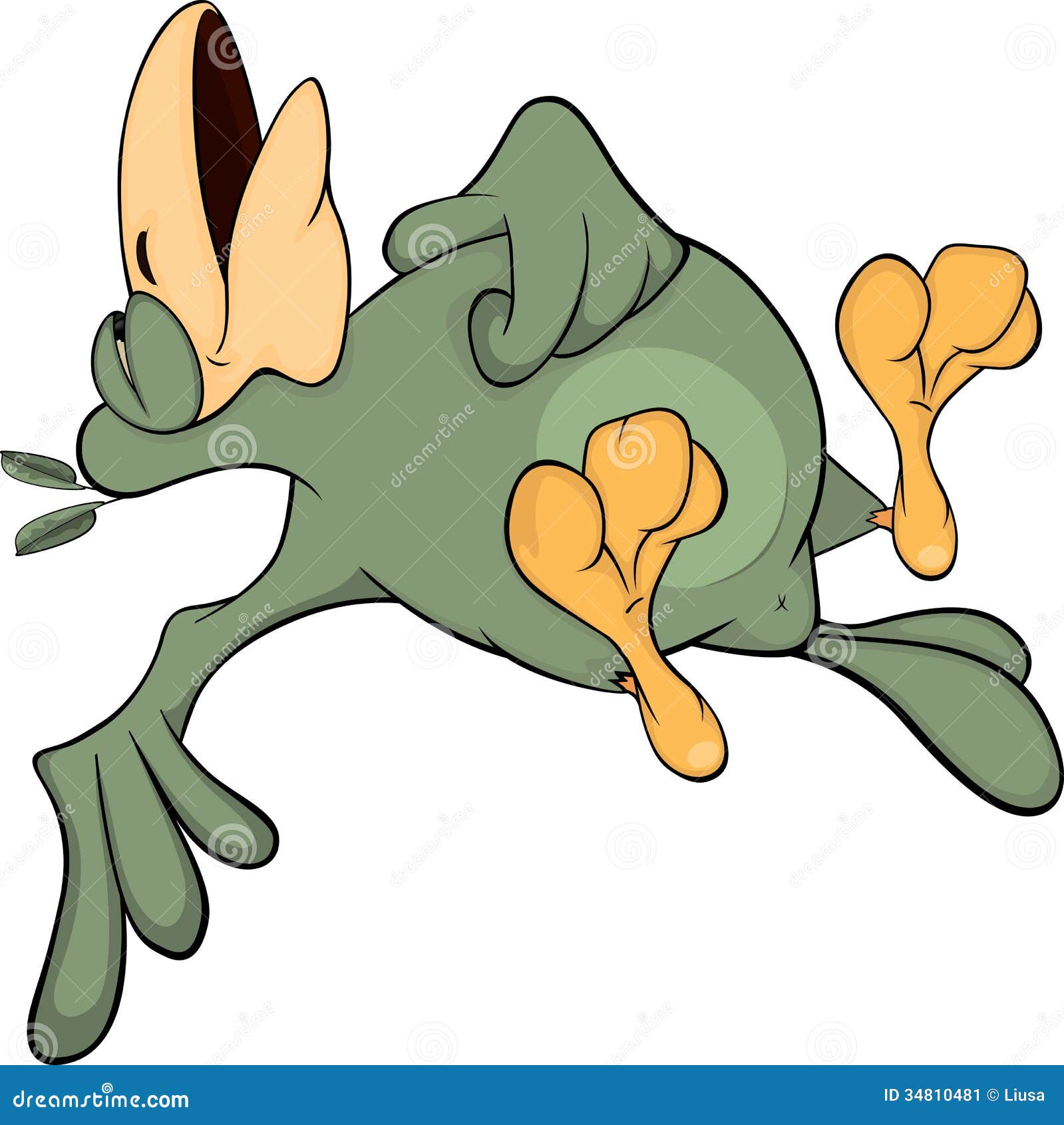 TA-65 Lengthens my telomeres but makes me need more sleep.  So I guess I’ll just bludge for the next few years.  If I get a pet bird it will be a bludgerigar.
There is more to this foolishness and I look to the blinkered attitudes that the Big Bang myth and ideological Darwinism propagate. This idea that evolution is so time limited leads people to underestimate the complexity of the the cell and of biological life more generally. 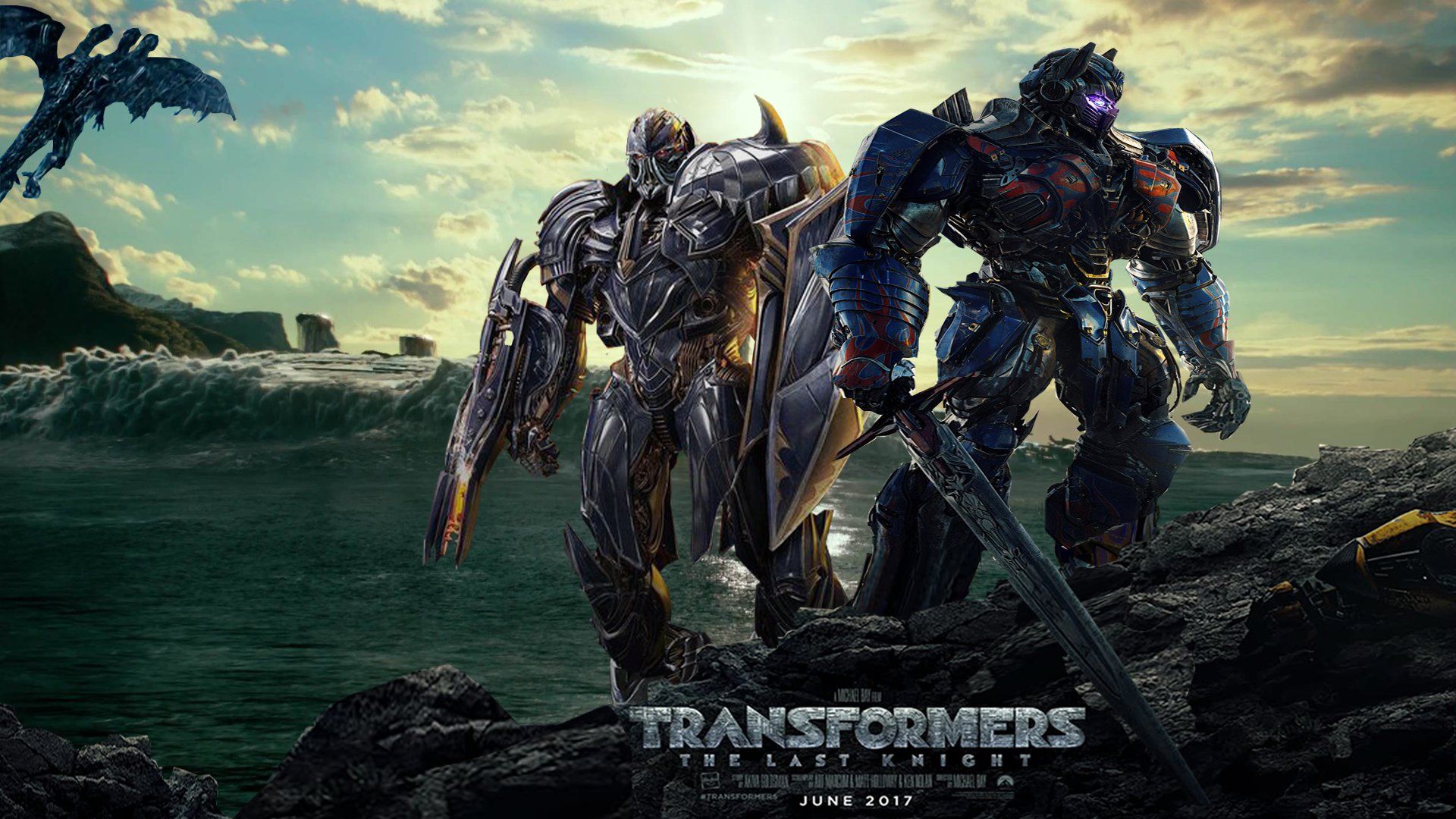 There is a fantasy wherein self-replicating machines could land on an abandoned planet (eg Mars) multiply like rabbits and then go on to colonise a planet inhabited with intelligent conscious beings (eg. Earth).  But without the sort of complexity that is evident in the biological cell, these machines would be broken down and dormant well before they so much as got a crude metallurgy industry off the ground.  Actually they would be finished within a fortnight, even though open cut mining has happened in the distant past on Mars.  This reality is at the core of what the Kurzweill is about.  There is no sustainable intelligence without the four bonds of the carbon atom.  And even to get that far probably took many trillions of years and not this blink of an eyelid 13.8 billion year idiocy.
Its a bit like this Transformers fantasy of metallic machines taking over and reproducing themselves.  But this sort of carbon-free reproduction is never going to be a competitive model. 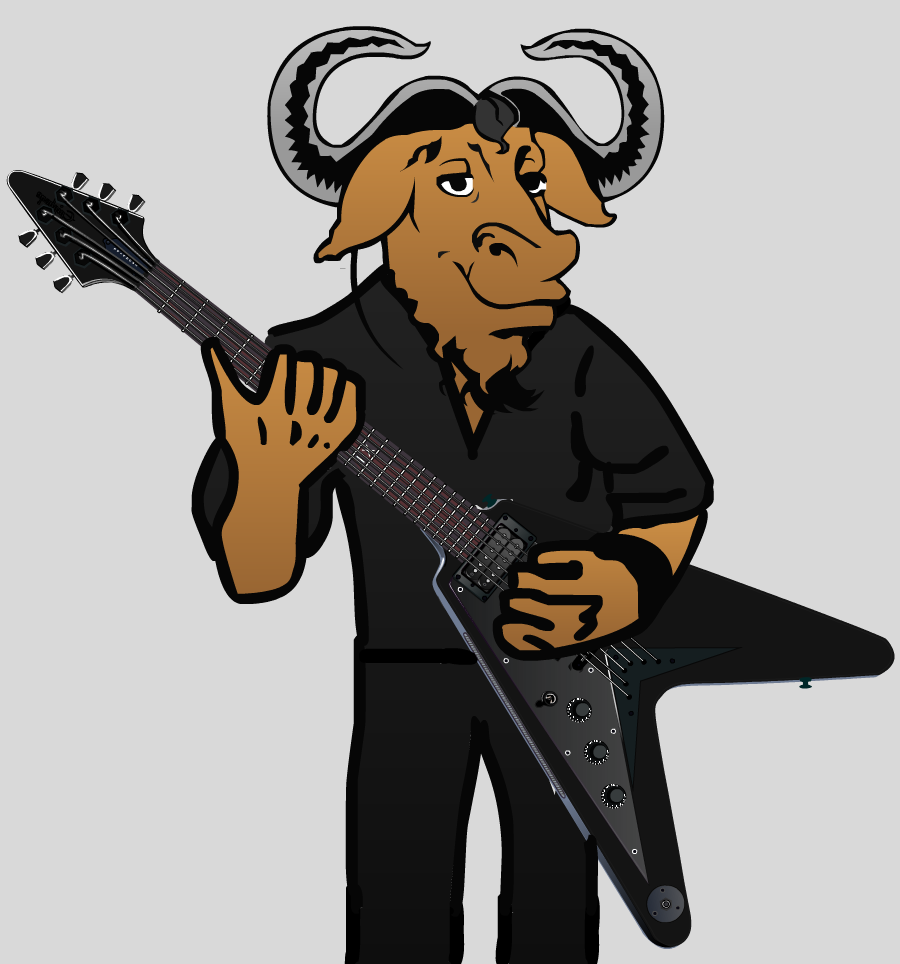 Whereas Kurzweil can be dismissed as the Metal Guru that T-Rex sung about,  what we have above is something less easy to set aside.  Above we have the HEAVY METAL GNU.
Now some folks love that heavy metal music.  I’m not dissing them even in the slightest. I like that stuff from time to time just as much as any kid.  Not ALL THE TIME, just from time to time.
But I want full spectrum superiority in manufacturing power for Australia.  So I follow Johnny Cash when he says “Heavy Metal Don’t Mean Rock And Roll To Me!!!!!!”

6 thoughts on “When Will The Singularity Happen?”