Update.  This is mostly a dormant blog.  But this thread has caught international interest.  Not quite sure why that is.  Yes its true I was the first person outside of the band to figure out that the song “Human” was about Santa’s Reindeer:

You can almost see it visually that a single reindeer raises his head and then puts his head back down and munching like all the others.

“Up to the platform of surrender I was brought but I was kind.’

The Reindeer need to be handled by a human to be tethered together or indeed if they are flying reindeer, to be pushed off the platform. But though the human leads them they don’t necessarily fight it.

It looks like I may have become a Brendan Flowers interpreter.   I think its my best thread in this current blog,  because all the others are a jumbling of ideas.   This one works well because we get to see the genius of Brendan Flowers, alongside the quite different genius of Prince.  We need all kinds of genius and we don’t seem to be getting much of it lately.  Anyway this is the prelude.  What follows is the original post.  Maybe one of you kids can tell me why this post has generated such amazing international interest?  The old man is curious.

It gets kind of tiresome putting in all these caveats when the alien question comes up.  Yes I know that its probably Mossad running another psychological operation on the rest of us.  But we need to see these things from the victims point of view.  Certainly THE KILLERS have chosen to take this approach.  You might have been wondering what their song is about.

Jews come in all shapes and sizes.

There could be a third hypothesis of course.  The coherence of the stories could be due to all these oddballs and tellers of tall stories coalescing around Whitley Streibers work “Communion” … You see if there isn’t some centralising literature then what is odd about the alien abduction phenomena is that the stories of the witnesses cohere.

Whatever the dynastic banking Jews are up to in this story, what the victims say about alien abductions has a certain internal logic to it.  It all makes perfect sense when real science is taken into account. 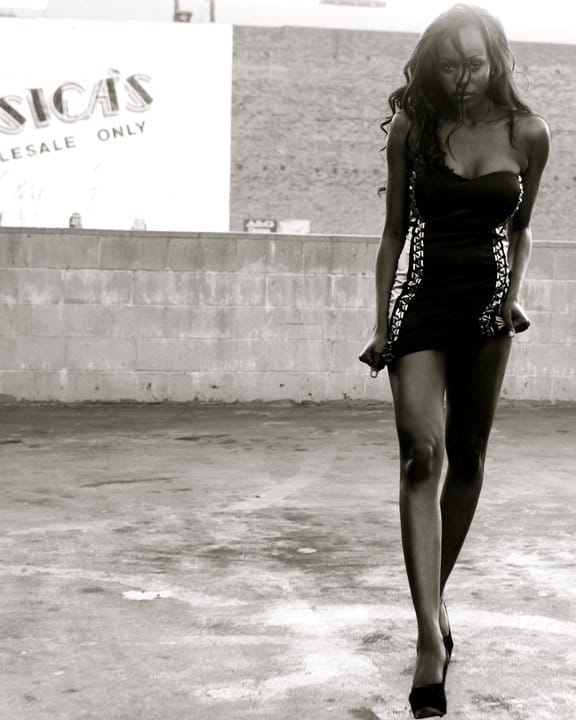 The aliens get you to look at the floor.

“The star maker says, “It ain’t so bad”
The dream maker’s gonna make you mad
The spaceman says, “Everybody look down”

It’s all in your mind”

The Aliens don’t go at you from the front. They put metal right up your asshole, and suck the seed out of the Vas Deferens past the prostate by that direction.  If someone says that they pull it out of the prostate, go easy on them, because its all a bit of a mystery outside the homosexual community down there.

Lets look again at the genius of THE KILLERS here:

“The star maker says, “It ain’t so bad”
The dream maker’s gonna make you mad
The spaceman says, “Everybody look down”

It’s all in your mind”

Fucking alien/Jews are just laughing at us.  At a first listening you have these connotations from David Bowies “Starman”  You know… Let the children Boogie and all that.  But they are really talking about something quite different.

So the narrator is putting himself in the place of Whitley Streiber or another abductee.  Now Whitley has become a spokesman for everything Woo.  Its hard for me to take him seriously.  But back around 2003 I heard this man talking like a traumatised rape victim.  In some ways he was happy that new vistas were opened to him.  But on the other hand he talked as if he were humiliated and ….. you know …. raped. So he’s not real believable now.     But he came across ….. Maybe as a very good actor then.  Lets not put it all on Whitley.   This is supposed to be a common experience.

In any case THE KILLERS have chosen to take this experience seriously and the same ambivalence is expressed in the song.   My admiration for these kids is overwhelming.  You never expect the young people to do anything right AND get recognised. But these guys are a class act.

Very spooky lyrics from this inspired group. As you know the Nile flows from North to South. I don’t mean that in terms of the direction of the water. Actually it flows North … Upwards on the map. The water comes from the South and flows Northward.

“They say the Nile used to run from East To West” Looks pretty mundane when you read it on the page. But its a kind of a master-stroke to this song. And it made the hair stand up all over when I first noticed it.

Because it happens to be true. I will check it later to see if they even got the direction of water flow right. I can’t visualise these things so I’ll have to actually get my little globe and put it in my hands.

The lead singer I think writes most of their gear. He’s got to be one of the smartest people in the music business. Ex-Mormon I think. I like that song where he combines Santas Reindeer (specifically “Dancer”) with Carlos Castaneda.  There is a second piece of artistry to it, that almost matches the deal with the Nile.  That line ….. “Its all in your mind”

Think of the social pressure involved here? These aliens have useless Jew economist abductees.   Berg.  Kirchner.  Davidson. They got them bent over looking at the floor. So think of the stainless steel implement they stick up the asshole of these useless pseudo-libertarian Jew economists?????

Its got a spear to it.  A sharp spear as sharp as a needle. And just before the spear its got a kind of spoon arrangement and the Starman has to keep it all upright as he penetrates the assholes of these useless Jew economists.

“Its all in your mind”

Its fucking happening to them but EVEN AS ITS HAPPENING these useless Jew economists have to tell themselves that its not happening. Such is the social pressure against aliens.  Even as the sharp end of the utility sperm probe pierces through a membrane or two the Jew economist must say to himself: