As a result the best results will be found in ENERGY EFFICIENCY of hydro-carbon use, rather than alternatives to hydrocarbon use.  I mean here on a time period of a few years to a few decades.  In terms of many decades and centuries its likely to be thorium fission that really delivers.  If we wanted to one day lean most of the burden of energy on heliostats in the deserts, we could probably do that.  But it would likely take centuries.  This is a field of study where time matters.  Try to bias the energy source of your particular choosing, in a great good hurry, you are likely to fail.  The idea ought to be a many-pronged approach in one way, but a two-pronged approach in another.

“Can it be imagined how many solar panels or even wind turbines that could be made from the metal of just one of these massive modern cruise ships?”

When putting my energy efficiency hat on I take the contrary view that “At least they are not flying in a jet.”

Okay so its in cargo and work-in-progress moving that “anti-gravity transport” (dirigibles, water, perfectly flat rail; (particularly if magnetically floating) gives us the most gains. But I don’t think we ought to be getting in the way of ship-building for luxury cruises.

In the 19th century, you had the phenomenon of the private rail car. Thats the lap of luxury and a beautiful way to travel. So long as the train-lines are close to perfectly flat, its an energy efficient way to travel. Plus today you could take your internet office with you, and catch up on all the library books you’ve been wanting to read. 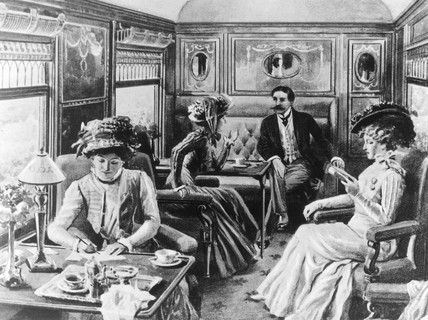 With their hold on the media, and using a terrorist false flag event, the oligarchy brought the age of the dirigible to an end. Before these murderers committed the Hindenburg terrorist attack we had this fantastically luxurious form of transport that gave you an excellent look at the countryside and was getting to be within the grasp of the middle class. You could take a shower, they had a piano player, you could eat well and there was dancing. Thats a magnificent way to travel.

The luxury “anti-gravity” forms of travel, done right, can amortise the cost of these anti-gravity transport systems for cargo and work-in-progress and thats where the real wealth-creation comes. We ought not begrudge these luxuries. We ought to instead be angry at the fractional reserve usury cartel that puts wealth in fewer and fewer hands.

We ought to get these three other luxury travel systems going at the expense of flying with a jet, and we have to substitute away from all these interstate trucks. Jet flying is a pretty ugly experience by and large. Where substitutes are available, it would be good if we could be taking them up. Particularly overnight rail sleepers. And overnight dirigibles travel.  Both should be a better alternative to interstate jet flights.